A Review of BrightonSEO: Favourite Three Speakers of Day

Brighton SEO is one of those dates that I imagine features on most SEO’s calendars and rightly so. Over the past few years it has grown to be one of, if not the leading SEO conference in the UK that attracts great speakers from not just these shores but as far afield as Israel and the States as well as Canada this year.

This was my first time attending and having spent two hours sat on the insufferable M25 whilst making our way down on Thursday afternoon, I was excited to wake up on a sunny Friday morning in Brighton and was itching to get stuck in.

With three sets of three talks happening simultaneously, one of the hardest things about Brighton SEO is deciding which session to take in. Even then you have to make sure you get into your chosen set of three as early as possible as some sessions do have limited capacity. Luckily I was able to make it into each of my chosen sessions thanks in part to the priority access wristband courtesy of Anicca becoming members.

It would be foolish to try and review each and every speaker as that post would be a few thousand words in length so I’ve decided to review my top three favourites from the day and give you a snapshot of each. Where possible there’s a link to the SlideShare of each presentation and I highly recommend reviewing each as there’s some real gems contained within each meticulously crafted slide deck.

Huge credit must go to everyone who spoke on the day but those listed below were, in my opinion, the stand out performers on the day. 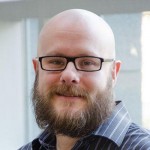 Now this is how you present if you want to captivate your audience. Gregg came all the way over from Texas and those that got to see his presentation on local SEO were treated to some performance. According to Gregg himself, each of his presentations always has a film theme to it and we were treated to a sci-fi themed presentation on local SEO featuring 105 individual references to classic films from the genre littered throughout.

Delivered at machine gun pace Gregg rattled through some of the key aspects of Local SEO with some easy actionable tips for those working on localised campaigns. Using the ‘Moz Local Search Ranking Factors’ study as a basis for prioritising the various aspects of a Localised SEO Gregg broke down the key technical, on page and off page elements that we as marketers should be focusing on. One of the most interesting points he made was the improvements in rankings he achieved for a client simply by reducing the different ways the NAP data appeared on the clients site itself. By being consistent and reducing the number of variations in the way the site displayed the brand name from six to one he was able to take that client from page two to position two and the number one position in the local map pack results. That’s the kind of results we all dream of as SEO’s and it came from something so simple. If you get the chance to see Gregg talk I’d highly recommend it as he clearly knows Local SEO as well, if not better, than movies.

2. Jon Earnshaw – Cannibalisation: The SEO’s Biggest Nightmare, and How To Identify It 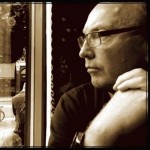 Cannibalisation is something most SEOs have probably come across but the theory Jon put forward was one I hadn’t really considered before. Jon clearly loves data and in particular the data of ranking positions and the small fluctuations we generally pass off as normal behaviour. However, to Jon, a small flux in rankings is a red flag of something bigger on the horizon and he has the evidence to prove it.

‘Cannibalisation’ is the term he uses to describe the issue where on a single domain or sometimes across domains, you have two similar if not identical pages competing to be the ranking page for a particular search phrase. Now according to Jon there are four types of cannibalisation

Each of the four types is essentially caused by two or more pages of the same or highly similar content from the same organisation competing against each other. This competition makes it difficult for Google (and the other search engines) to decide which page of the pages it should be returning for the particular search term and this conflict causes both pages to be pulled down the rankings. Essentially it’s self-sabotage and in Jon’s own words “cannibalisation in all its forms is on the increase!”

His SlideShare contains some fantastic real life examples from some of the largest ecommerce sites in a variety of industries. Some of the graphs may be a little difficult to understand without the context Jon added to them on the day but it’s clearly an issue he thinks is damaging the ranking positions of a lot of companies and the data completely supports his theory. 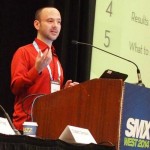 The focus of Samuel’s session was to try and get people thinking about the idea of link earning as merely a by-product of great marketing and PR. With Anicca having recently set up their own PR team it’s satisfying to see others who have the same idea about the best approach for building both brands and online visibility.

The first example of this highly successful practice in action he gave was of a pizza shop owner based in Philadelphia. The proprietor earned more links to his pizza joints website with one simple marketing ploy than a link builder could dream to build in a lifetime. He offers customers the chance to pay $2 for a slice of pizza instead of the usual $1 with the additional $1 going towards paying for a slice for someone less fortunate. It’s a simple “pay it forward” premise where those that can afford it can help those in need get something to eat without paying for it directly.

This simple piece of marketing helped to earn links from some of the highest authority sites in the US and an appearance on the Ellen DeGeneres show. Now, which link builder do you know that could achieve that kind of exposure for a local pizza restaurant? Gary’s final words before leaving the stage summed up the ever growing influence of PR in online marketing and the process of earning quality links rather succinctly. “Build brands, not links!”

Stop Thinking About Links – Think About Publicity! from Samuel Scott

Other Highlights Of The Day 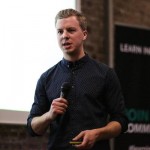 Presented with supreme confidence Matthew gave us 20 minutes of non-stop high authority link building techniques. His SlideShare is well worth a read as are the additional resources detailed within. There are some real nuggets of gold for those struggling with their link building efforts. 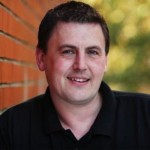 Dave has such a laid back approach to presenting it’s hard not to be drawn into everything he has to say. He gave us his thoughts on the future of a number of search related subjects including the as yet untitled Mobile update scheduled for 21st April and the reasons why this might be happening. He also mused on the issue of why conversion rates are so much lower on mobile devices despite the fact these days everyone seems as comfortable doing anything on a mobile device as they would on a desktop except when it comes to buying or signing up for things.

Whilst he offered no definitive conclusions as to what he thought the future may entail was interesting to watch him try and connect some of the dots between user behaviour, the search industry and the search engines themselves to try and work out where we may be headed.

Gary Illyes – Wearables, Mobile, and the Internet As We Know It 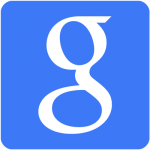 Gary is a Webmaster Trends Analyst at Google and whenever you get a chance to hear from those working at the search behemoth it’s always worth paying close attention. This session was most notable for the discussion on the subject of the April 21st Mobile Algorithm update.

Gary confirmed what most have heard, that this update will likely have a bigger impact than Panda and Penguin combined and that this update will impact mobile searches only and not those on tablets. He also said there will be no impact on the 7 pack localised results irrespective of the mobile friendliness of the sites within the search results.

For those that don’t know Mark Wright he was the winner of the 2014 series of the BBC series The Apprentice. He drew the attention of SEO professionals after it became clear that despite his business idea for the show being a Digital Marketing agency he didn’t actually know a great deal about the fundamentals of SEO let alone the complexity involved to really drive successful campaigns. This was only compounded further with the launch of his company’s website www.climb-online.co.uk which was torn to bits by some members of the SEO community as lacking basic characteristics of a site built and run by someone who understood the principles of SEO.

I think it’s fair to say a large part of the audience was sceptical about ending such a superb day of talks with someone many felt wasn’t really an expert in the field. However it quickly became clear Mark also didn’t consider himself an expert in this field either and acknowledged that his level of SEO knowledge was not on a par with many in the room. But he never intended to come across as an SEO expert on the show and his intention was always to run a digital marketing agency with experts delivering the client work whilst he focused more on his strength of sales and business development.

Overall he came across well and having explained some of the limitations imposed on him as the winner of the show and the limited involvement he was granted in the development of the new company and the website that appeared immediately after the show you began to almost feel his pain at being a lightning rod for disgruntled SEOs that didn’t feel he’d earned the right to be on the TV talking about our complex industry. Still, the 6,000 odd leads the show helped generate for his new company in the immediate aftermath of the shows finale must be some comfort for all the digs he’s taken from other professionals in the field.

Let’s Do It All Again In September

All in all, I’d say it was a superb day; the breadth of speakers coupled with the welcoming atmosphere of fellow SEO’s made for an outstanding, educational event. Highly recommended for both new and established SEO’s (and anyone in PR), BrightonSEO 2015 was definitely a success.

It returns again in September, but you’ll have to be quick – tickets run out fast.