The Periodic Table of SEO Ranking Factors from SMX Advanced 2016

After a plentiful breakfast and a couple of cups of Seattle’s finest coffee, SMX Advanced kicked off a session titled ‘The periodic table of SEO ranking factors’ delivered by three highly respected and well known faces of the SEO industry. 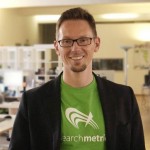 Searchmetric’s Marcus Tober opened the SEO track with a session bursting at the seams with first hand data, research and analysis – something you’d no doubt expect from the founder of one of the most sophisticated SEO and Content Marketing research tools on the market.

The tool allowed them to generate their own data sample set and analyse traditional ranking factors and their changing levels of influence. One of the most interesting insights came from assessing the number of pages in the top ten organic positions with the target keyword in the title tag.

Do You Still Need the Keyword in the Title Tag?

Including your keyword in your title tag has been a staple of every SEO project for years but is this changing? Of the 30,000 pages tested they saw “just 55% of results had the keyword in the title tag”, down from 75% just a year ago, a drop of around 20%. Whilst it would still be considered best practice to include your keyword in your title tag, the emerging influence of Hummingbird and Rank Brain means Google is getting better at determining semantic meaning and not relying so much on the exact matching of keyphrases.

Marcus also offered some other data driven insights on what are commonly considered the key ranking factors. Their study compared data from 2015 to 2016 and found that;

What is Google Rank Brain?

As with many of the SEO sessions, Marcus spent a notable amount of time discussing content and his idea about how Rank Brain may be impacting searches and traditional ranking factors (see what Google’s Gary Illyes had to say on the subject) Content relevancy and usefulness to the searcher were key themes he felt were seeing increasing influence. His advice was to assess “what your content looks like without the keyword” as it’s important to add relevance to the content rather than adding just the keyword into key place.

Leslie To @itsleslieto – Director of SEO at 3Q Digital 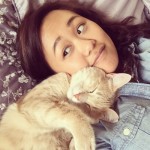 Second up was Leslie To, Director of SEO at 3Q digital and her session supported some of the key themes Marcus had raised earlier. It’s clear Leslie is highly data driven with her campaigns and the test and measure approach she takes to campaigns revealed some interesting data insights she was keen to share.

Again the subject of exact match title tags (using just a keyword and your brand in your title tag) was explored with Leslie strongly recommending a broad match approach where the keyword is used within a user friendly sentence offers far greater value. On meta descriptions, whilst not a factor that influences rankings, can directly impact click through rate. From their testing adding meta descriptions to a site that previously had none, saw a direct correlation with an increase in click through rate, but almost no direct impact in rankings.

However, when the meta descriptions were accidentally removed there was a direct impact on click through rate and a correlation with a small but noticeable drop in rankings of those pages. So despite Google’s protestations regarding click through rate playing no part in their algorithm this accidental test suggested there may well be some connection. 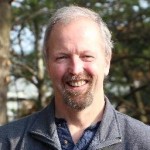 Eric is one of the most recognisable faces in the SEO industry and a regular speaker at high profile events such as SMX Advanced.

The Growth of Featured Snippets

Featured Snippets, those answers that appear at the top of search engine results pages, are becoming one of, if not the most valuable real estate on Google. In Stone Temple Consulting’s research study of 855,000 search results pages they’ve seen the number of pages featuring these snippets increase from just over 20% in December 2014 to around 40% in January 2016.

Eric’s hypothesis is that Google has developed a Featured Snippet machine that is continually searching sites that appear on page one of search results pages for suitable content to use as a Featured Snippet. They are then testing that snippet against their benchmarks and then reassessing whether there may be a more user friendly snippet they could feature.

Whilst we don’t know the exact process for attaining this prime spot on the search results pages it was clear from the data Eric was able to show from their own successful attempts to appear as the snippet that this can have a significant and very positive impact on organic landing page traffic to those pages.