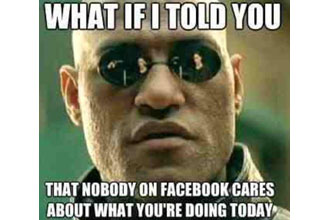 If Facebook is a key part of your social strategy, you’ll have probably noticed a sudden drop in impressions and engagement. If so, this is all due to the latest algorithm (yes, Facebook is now using algorithms to determine what content is shown in someone’s news feed!) update.

In this latest update from Facebook they announced that they were introducing a new algorithm which would prioritise ‘valuable’ content in a news feed above other, trivial and less valuable forms of content which include memes.

Who doesn’t love a good meme though!

Why Did They Decide to Change it?

and because they’ve noticed that

“been paying closer attention to what makes for high quality content and how often articles are clicked on”.

But what exactly does this mean?

Well, it means that memes may show up a bit less (apparently 10% less) and articles will show up more frequently in news feeds. But what does this mean for business pages?

How Does This Affect Business Pages? 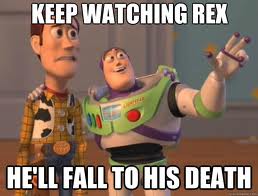 According to a recent study by Ignite Social Media, the latest changes made by Facebook have proved disastrous for many business pages. In fact, the study revealed that since December 1st 2013, organic reach has declined by a shocking 44%!

Unsurprisingly, this has had a knock-on effect on the amount of engagement business pages are seeing. The report shows that as page reach decreased the number of engaged users fell on average by 35% – which is a LOT! 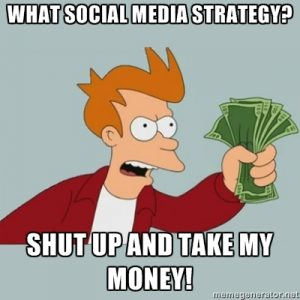 What is the Solution?

So, in doing this are Facebook favouring larger brands with deeper pockets? Not necessarily. While this is probably the only way for any business to maintain their reach and engagement on Facebook it can be done on a small budget. You don’t have to spend loads but obviously, if you have no budget then you’ll struggle.